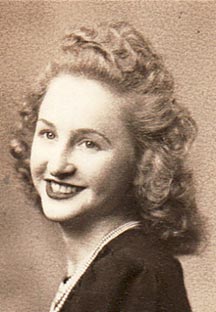 Mrs. Helen Vanderpool, of the Pea Ridge Community died at the age of 90 at 4:25 a.m. Wednesday morning February 22, 2017 at the Tennova Healthcare in Lebanon here she was admitted February 20th after suffering a fall at her home.

Graveside services and interment were Friday afternoon February 24th at 1 p.m. at the New Macedonia Cemetery on Pea Ridge with Eld. Charles Allen Gentry officiating. Burial was beside her husband.

Mrs. Vanderpool was born Helen Edith White in the Jared Hollow at Chestnut Mound on August 23, 1926 and was one of three children of the late John Carroll White and Tennessee Watts White.

Mrs. Vanderpool was united in marriage in Rossville, Georgia by Justice of the Peace A. E. French to Bellar Hollow Community native Edward Garland “Bud” Vanderpool on April 20, 1946. Following over fifty nine years of marriage he preceded her in death at the age of 85 on January 6, 2006.

Mrs. Vanderpool was a longtime employee of the former Carthage Shirt Corporation and had attended the former Faith Chapel at Buffalo Valley.