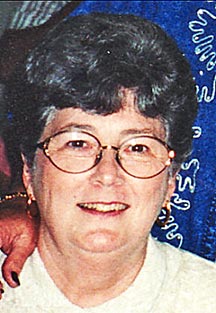 Graveside services were conducted on Wednesday afternoon February 22nd with interment following the 2 p.m. services in the Veterans of Foreign Wars Memorial Park in Demorest, Georgia.

In February of 1956 she was united in marriage to Clarksville, Georgia native Donald Eugene Hill.

Mrs. Hill attended Gordonsville High School where at the age of 15 she was crowned Miss Gordonsville.

She attended North Gordonsville Technical College and was a paraprofessional and computer lab manager for the Habersham County School System and had worked her entire career at the Clarksville Elementary School.

Never having had children, she and her husband were instrumental in caring for many of their family’s children through the years.

Mrs. Hill enjoyed crafts, painting, sewing and making her on dresses and fishing with her husband.

She was a member of the Hills Crossing Baptist Church.

Surviving in addition to her husband of over sixty one years is a sister, Vivian Bowman Petty Allen of Carthage; half-sister, Brenda Bowman Thrower and husband Roy of Gordonsville; half-brother, Roger Bowman of Carthage and several nieces, nephews and great-nieces and great-nephews.

This notice provided as a courtesy to the Hill family.