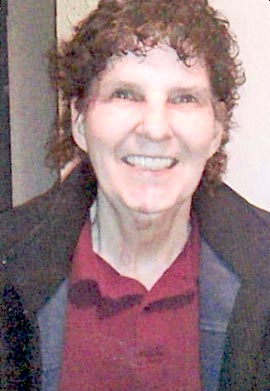 Mrs. Judy Harrison of the Friendship Hollow Community at Defeated Creek died at 8:00 a.m. Monday morning March 13, 2017 at the age of 72 at her Nixon Hollow Lane South home following a battle with C.O.P.D.. She was pronounced deceased at 9:45 a.m. under the care of Avalon Hospice.

A native of Palo Alto in Santa Clara County, California, she was born Judy Carol Holdridge on December 22, 1944 and was one of eleven children of the late Agbert and Violet Lucille Bledsoe Holdridge.

She was preceded in death by two sisters, Annie Mae Bass and Betty Louise Asher, and by four brothers, Willis “Bob” Holdridge, Donald “Ducky” Holdridge, Daryl Holdridge and Aubrey Holdridge who died as an infant.

On August 31, 1962 in Muskogee, Oklahoma she was united in marriage to Muskogee, OK native Frank Herbert “Speedy” Harrison Jr., who survives.

The Harrisons were preceded in death by a daughter, Mary Jane Darrell who died February 1, 2012 at the age of 48.

Mrs. Harrison was a non-denominational Christian.

She retired in 2015 as a supervisor at the Renaissance Hotel in Nashville where she was employed for over twenty seven years.