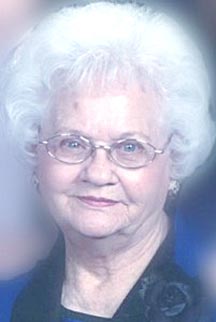 Born February 11, 1923, in Smith County, she is the daughter of the late Willie and Molly Jones McCaleb. She worked at AVCO and Robertshaw, and was a member of Beckwith Missionary Baptist Church.  In addition to her parents, she was preceded in death by her husband of fifty eight years, Harry E. Lain on January 24, 2003; four brothers, Benny, L. B., Nat, and Bill McCaleb; two half sisters, Ina Pettross and Billie Conlan; and two half brothers, Johnnie and Robert Overstreet.

This notice provided as a courtesy to the Lain Family.