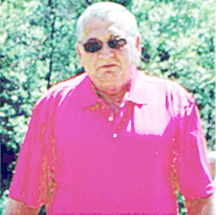 Jack was an avid golfer, fisherman, and cook. If he wasn’t spending time with his family, you would find him on the golf course or on the lake.

Funeral services for Mr. Mason were conducted from the Gordonsville Chapel of Bass Funeral Homes on Friday, March 31, 2017 at 1PM with Bro. Rodney Hawkins and Pastor Jim Kubic officiating. Interment followed in the Gordonsville Cemetery.

Visitation with the Mason family was held at the Gordonsville Chapel of Bass Funeral Homes on Thursday from 3PM until 8PM and on Friday after 10AM until service time at 1PM.

In lieu of flowers, the Mason family requests memorials in Mr. Jack’s memory be made to St. Jude or to Launchpoint Church in Lebanon, TN.