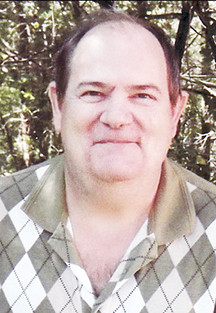 Mr. Dale Grisham, age 56,  of the Sullivans Bend Community died at 2:40 p.m. Monday afternoon April 3, 2017 at the Centennial Medical Center in Nashville where he was admitted March 28th suffering from throat cancer.

His pastor, Bro. Wallace Caldwell, officiated at the Thursday afternoon April 5th funeral services from the Carthage Chapel of Sanderson Funeral Home. Burial following the 3 p.m. services was in the Grisham family lot at the Mt. Zion Cemetery in the Sullivans Bend Community.

Born Ronald Dale Grisham in South Carthage on October 12, 1960, he was one of five sons of Fred Walker Grisham and Mary Kathelene Dickens Grisham of the Sullivans Bend Community.

Mr. Grisham was never married and was a member of the Mt. Zion United Methodist Church in Sullivans Bend.

He had worked at the former Texas Boot Co, in Carthage.