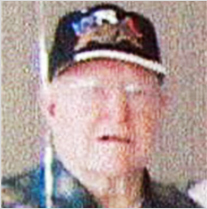 Mr. Whitehead was born February 15, 1931 in Cookeville, TN, the son of the late Albert Whitehead and Robbie Bennett. He was also preceded in death by sisters; Mary Elizabeth McKinney Cummings on June 23, 2010 and Annie Mai Whitehead on July 30, 1991. He married Melba Jean Roark on August 30, 2001 and she also preceded him in death on February 17, 2004. Charlie served his country in the U.S. Army, 14th Armored Calvary Division from 1951 to 1953. He worked for H.B. Hunt Construction Company. Mr. Whitehead was of the Baptist belief.

Funeral Services for Mr. Whitehead were conducted from the Carthage Chapel of Bass Funeral Homes on Sunday, April 9, 2017 at 2PM with Eld. James Thomas Gibbs officiating. Interment followed in the Gordonsville Cemetery.