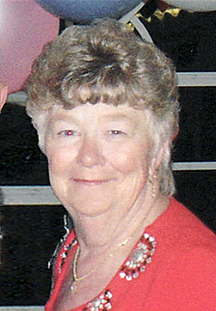 Mrs. Pat Garner, age 73,  of the Tanglewood Community died at 6:52 p.m. Saturday evening at The Pavilion in South Carthage of heart failure. Mrs. Garner was 73 and was pronounced deceased at 8:15 p.m. by Gentiva Hospice of Cookeville.

Funeral services are scheduled to be conducted at 10 a.m. Saturday morning April 15, 2017 from the Brintlinger-Earl Funeral Home at 2827 North Oakland Avenue in Decatur, Illinois. Interment will follow in the Boiling Springs Cemetery.

The Garner family will receive friends at Brintlinger-Earl on Friday evening from 5 p.m. until 8 p.m.

Mrs. Garner was at the Carthage Chapel of Sanderson Funeral Home and will be conveyed to Decatur on Tuesday April 11th.

She was born Patricia Ann Baker in Huntington, in Cabell County, West Virginia on August 19, 1943 to the late Firman Lee Baker and Romona Amacia McFann.

A college graduate, Mrs. Garner was a retired dance instructor.

She relocated to the Tanglewood Community in June of 2016.