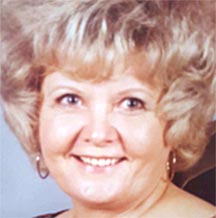 She was the daughter of Walton Eralco and Mary Belle Terry Huffines.  She was a member of the Church of Christ and a cosmetologist.

Visitation was on Monday, May 1, 2017 at Bass Funeral Home in Gordonsville, TN from 11:00 am til 8:00 pm.  Funeral services were conducted on Tuesday, May 2, 2017 at 1:00 pm at Bass Funeral Home with Bro. John Griffin officiating.   Burial followed at the Bethlehem Cemetery in Wilson County, TN.