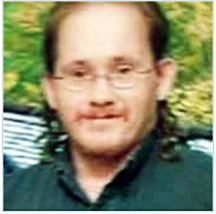 Mr. Duncan was born July 26, 1968 in Carthage, TN, the Son of Thomas Wilson Duncan and the late Frances Dianne Eden, who passed away in 1986. He was also preceded in death by Infant Son; Thomas Lee Duncan and Infant Daughter; Deanna Nicole Duncan. Ray was a 1986 graduate of Lebanon High School and worked at the Minute Mart in Lebanon, TN.

Funeral Services for Mr. Duncan were conducted from the Carthage Chapel of Bass Funeral Homes on Wednesday, May 17, 2017, at 1PM with Jane Bass Turner officiating.

Visitation with the Duncan Family was at Carthage Chapel of Bass Funeral Homes on Tuesday from 4PM until 8PM and on Wednesday from 10AM until service time at 1PM.