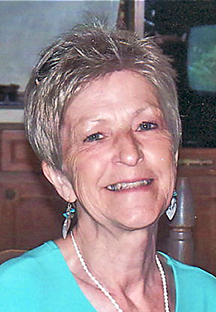 Mrs. Kathy Harville of the Horseshoe Bend Community died at the age of 67 at 8:24 a.m. Sunday morning May 14, 2017 at her Upchurch Lane home with her family at her bedside. She had battled colon cancer for over ten years. She was pronounced deceased at 11:03 a.m. by Gentiva Hospice.

Eld. Rodney Carter and Eld. Kenneth Summers officiated at the 1 p.m. Wednesday afternoon May 17th funeral services which were conducted from the Carthage Chapel of Sanderson Funeral Home. Burial followed in the Garden of Everlasting Life at Smith County Memorial Gardens.

On April 8, 1968 in Hartsville she was united in marriage to Horseshoe Bend Community native Terry Neal Harville by then County Judge the late E. J. Parker Sr.

Mrs. Harville was a 1968 graduate of Smith County High School where she majored in Home Economics, Mathematics and Business Education.

The Harville family requests memorials to either the Monoville Missionary Baptist Church or Sherry’s Run.