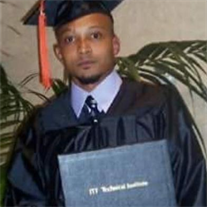 Dion graduated from Gordonsville High School in 1996. He graduated from ITT Tech College with an Associate’s Degree in Computer Technology. He worked in carpentry and electrical work.

Funeral services for Mr. Smith were conducted from the Gordonsville Chapel of Bass Funeral Homes on Saturday, June 17, 2017 at 2PM. Interment followed in the Ballard’s Chapel Cemetery.

Visitation with the Smith family was held at the Gordonsville Chapel of Bass Funeral Homes on Friday from 3PM until 8PM and on Saturday after 11AM until service time at 2PM.

In lieu of flowers, the Smith Family ask donations in Dion’s memory be made to his children.