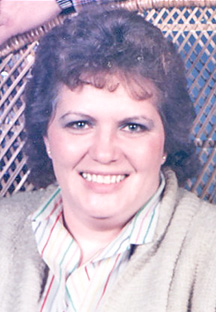 Mrs. Nadine Thompson, of the Flatrock Community died at the age of 62 at 1:20 p.m. Tuesday afternoon June 20, 2017 at the Tennova Healthcare in Lebanon where she was admitted on June 2nd from her Shoulders Lane South home suffering from renal failure.

The middle child of seven children, she was born Nadine Newport in the New River Community of Scott County, TN on October 11, 1954 and was the daughter of the late Andrew Jackson Newport and Agnes Irene Brummett Newport.

In Sevierville on April 14, 1990 she was united in marriage to Reece Hollow Community native Johnny Charles “Rusty” Thompson.

Mrs. Thompson had a General Education Degree and was formerly employed at the James River Corporation in Gordonsville before experiencing poor health.

She was a member of The Refuge Assembly of God in Carthage.