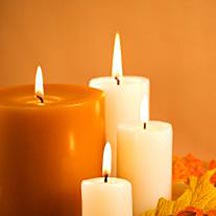 Charles was born November 11, 1934 in the New Middleton Community of Smith County, TN, the son of Garrett and Mary Lurla Christian Blevins. He married Darlene Sue Huffines on October 3, 1958; she preceded him in death.

Charles owned and operated his own trucking business, Teamsters Union.  He was a member of the Moose Club, National Rifle Association, and American Outdoors.  He enjoyed motorcycling, boating, and fishing.

Charles was also preceded in death by his parents; brother, Robert Blevins; and sister, Sue Kirk.

He is survived by his sons, Charles Blevins of Edinburg, IL, and Mike (Chris) Blevins of Appleton, WI; daughters, Sheila Chernis of Riverton, IL, and Vickie Sustet of TN; eight grandchildren; three great-grandchildren; and siblings, Loretta Petty of Nabors Hollow Ln in the Bowlings Branch Community, and David (Natalie) Blevins of Taylorville, IL.

Mr. Blevins was cremated and private services were held in Illinois.

This notice provided as a courtesy to the Blevins Family.