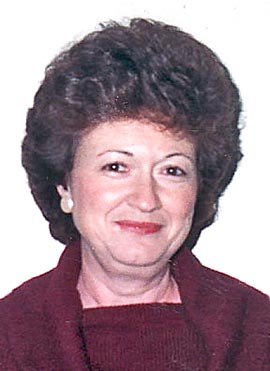 At the home of the late Eld. Phocian Gibbs on October 18, 1958 she was united in marriage to Sullivans Bend Community native Joe Harold McDonald.

Mrs. McDonald was a 1958 graduate of Smith County High School where she majored in Home Economics, was Future Homemakers of America president her senior year and also her senior year served as F H A chapter vice-president; held the F H A Junior and State Degrees, was football queen attendant her junior year and was a member of the office staff during her sophomore, junior and senior years.

Mrs. McDonald was first employed with the State of Tennessee in Nashville, worked for Capitol Airways and was later secretary for the Smith County Farm Bureau office when it was located on the square in Carthage where the law offices of attorney Richard M. Brooks are now located.

When Draper (Spoodle) Sircy established his insurance agency she was the office secretary and in 1982 ran for and was successfully elected to the office of Smith County Trustee. She served in that office for sixteen years before choosing not to seek a fifth term and retired in 1998.

Mrs. McDonald was a member of the Temple Baptist Church in Old Hickory.