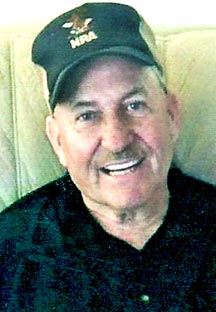 Mr. Jessie White age 68 of Dixon Springs died at the Sumner Regional Medical Center in Gallatin where he was admitted July 2nd to the Intensive Care Unit being treated for myelofibrosis with which he was diagnosed in February 2013. He died at 3:55 a.m. Tuesday morning July 4, 2017 with his wife and grandson at his bedside.

One of six children, he was born Jessie Lee White in Hartsville on January 26, 1949 and was the son of the late Walter McMillan White and Effie Evell Gammons White.

He was united in marriage to New Middleton native the former Betty Faye Shoemake at the Hogans Creek Missionary Baptist Church by Eld. Stephen Farley Brooks on February 25, 1983.

He was a supervisor at the Genesse Auto Parts Manufacturing Plant at the Eastgate Industrial Park in Lebanon.

Mr. White proudly served our country with the United States Army during the Vietnam War having been inducted on March 13, 1969 and was honorably discharged with the rank of Sargent at Fort Lewis, Washington on October 14, 1970.

He served in Vietnam for eleven months and twenty days with the 4th Battalion, 42nd Artillery 4th Infantry Division where he was a Tactical Communications Chief.

Mr. White also enjoyed clogging and square dancing and had performed on the Grand Ole Opry as a member of Ralph Sloan’s Tennessee Travelers.