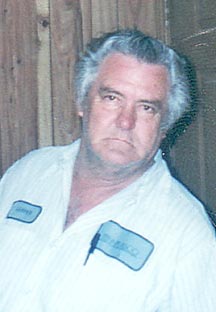 South Carthage resident, Mr. Lloyd Cherry Sr., died at the Vanderbilt University Medical Center in Nashville at the age of 74 at 2:08 p.m. Saturday afternoon July 7th where he was admitted July 1st being treated for cancer.

His funeral services were conducted Tuesday afternoon July 11th from the Carthage Chapel of Sanderson Funeral Home. Bro. Danny Huff officiated at the 3 p.m. services and burial followed near his son in the Beasley-Brooks section of Dixon Springs Cemetery.

He was born Lloyd Nickles Cherry on September 15, 1942 and was the last surviving of seven children born to the late William Jackson and Leona Rebecca Hunley Cherry.

A son, Lloyd Nickles Cherry Jr. preceded him in death as the result of an automobile accident on February 20, 1998 at the age of 25 and a grandson, Jordan Calvin Bane died in a home fire on County House Circle on April 10, 1996 at the age of 3.

Mr. Cherry was of the Baptist faith and before becoming disabled worked in construction and at the former Tennplasco Co. on Industrial Drive in Carthage.