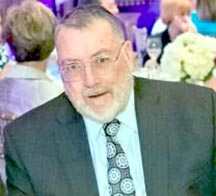 Funeral services were conducted from the Chapel Hill branch of Olinger Mortuaries in Centennial, Colorado at 10 a.m. Monday morning July 10th and the interment was at 11:30 a.m. at the Fort Logan National Cemetery on Kenyon Avenue in Denver, Colorado.

Mr. Breazeale was a retired construction superintendent and proudly served our country during the Vietnam War with the United States Marines.

The Breazeale family has requested memorials to the Special Operations Warriors Foundation.

This notice provided as a courtesy to the Breazeale family.