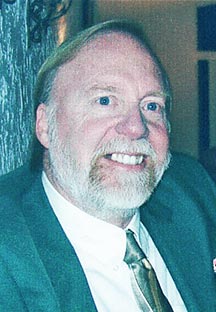 Mr. Steve Waters of Cookeville died at 5:14 p.m. Thursday evening July 6, 2017 at the age of 68 at the Cookeville Regional Medical Center after becoming gravely ill at his Wells Avenue Home.

He was one of two sons and two daughters of the late Emory Sylvester and Nadine Smith Waters and was born Emory Stephen Waters in Macon in Bibb County, Georgia on May 2, 1951.

On October 10, 2003 in Perry, Georgia he was united in marriage to Hawkinsville, Georgia native, the former Phyllis Marie Goodroe.

He was a 1969 graduate of Northside High School in Macon, Georgia and received his Bachelors in Science from Middle Georgia College also in Macon.

Following college graduation he enlisted in the United States Air Force and was inducted into service at Big Springs, Texas on March 14, 1975.

He was honorably discharged from Moody Air Force Base in Valdosta, Georgia with the rank of Staff Sergeant with total active service of six years, six months and six days. While in service during peacetime he served as a Personnel Specialist.

After leaving the military he was employed by the military civil service as a training manual writer for the Air Force and retired from the United States government position in January of 2007 with thirty four years of service.

Following retirement from his military employment he and his wife moved to Hewitt, Texas and on April 1, 2017 they relocated to Cookeville to be near Marie’s family and friends.

Mr. Waters was a non-denominational Christian.