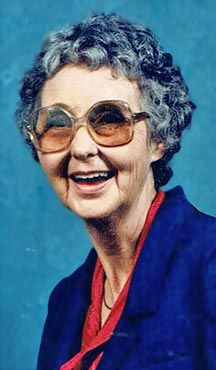 Mrs. Ruth Webster Agee, age 94, of the Jenkins Hill Community of Sykes, TN, passed away Saturday, July 8, 2017 while being cared for by her niece, Beverly Agee, at the home of her great nephew, Tyler and Christina Agee and their twins, Conner and Gabriella.

Mrs. Ruth was born December 2, 1922 in Dekalb County, TN, the daughter of the late James Early Webster and Vallie Tramell. She was also preceded by infant Son; Delmas Loving Agee on July 7, 1944, Brothers; John Morgan Webster and Clarence Webster. Sisters; Bettie Webster Johnson, Elsie Webster Pugh, Lorene Webster Driver, Lee Ette Webster Agee. Mrs. Ruth married Marshall Agee on October 19, 1941 and he preceded her in death on July 29, 2006 after 64 years of marriage. She worked at the Carthage Shirt Factory, and farmed dairy cows and tobacco with her husband. Mrs. Ruth was a member of the Hickman Baptist Church. She loved gardening.

Funeral services for Mrs. Agee are scheduled to be conducted from the Gordonsville Chapel of Bass Funeral Homes on Tuesday, July 11, 2017, at 1PM with Bro. Mark Stinnett officiating. Interment will follow in the Baird Memorial Cemetery in Hickman, TN.

Visitation with the Agee Family will be at the Gordonsville Chapel of Bass Funeral Homes on Monday from 5PM until 8PM and on Tuesday from 10AM until service time at 1PM.