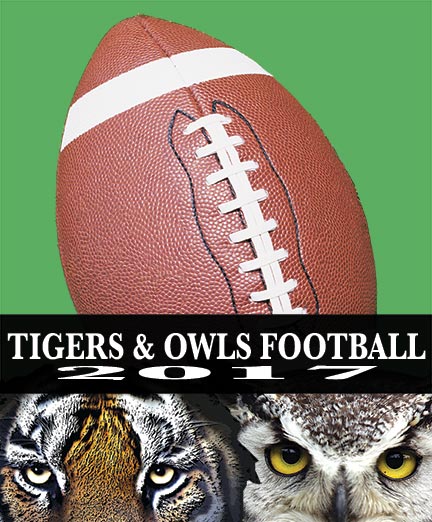 The return of regular season prep football action is on the horizon, but in the meantime, fans of the Smith County High Owls and the Gordonsville High Tigers will get a sneak peek of their favorite prep programs Friday — in preseason jamboree action. The 2017 season begins with high expectations for both squads as the Owls and Tigers are favored to claim their respective regions.
Smith Co. High will make the trek to Hartsville for the second year in a row to compete against the Yellow Jackets at the 29th annual Tobacco Bowl. Other teams competing in the Tobacco Bowl include Red Boiling Springs, Station Camp, Fort Campbell, Ky. and Cannon County. The jamboree duel between the Yellow Jackets and the Owls varsity teams will be the night cap for jamboree action. The teams are scheduled to begin their one half of play at 8:00 p.m. This year’s tobacco bowl is scheduled to begin with Red Boiling Springs (JV) facing Station Camp (JV) at 5:00 p.m. The Bison of Station Camp will then face Fort Campbell, Ky.’s varsity at 6:00 p.m. Cannon Co. and Fort Campbell will take the field at 7:00 in the final game before the Owls-Yellow Jackets clash.
The Gordonsville High Tigers will host their jamboree action as the Macon Co. Tigers will step onto Turney Ford Field for a preseason tilt. The varsity squads will face each other in the first half of play. The JV teams will immediately follow with the second half of play. The action is scheduled to begin at 7:00 p.m. in Gordonsville. The jamboree will be the third consecutive year the two Tiger squads have faced each other in preparation for the regular season.