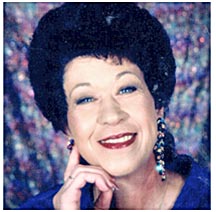 Ms. Short was born January 15, 1951 in Chestnut Mound, TN, the daughter of Ernest Silcox and the late Irene Dickens Silcox. She was also preceded in death by Sister; Ernestine Dillon and Daughter; Sabrina Holmes. Ms. Short loved everybody and never met a stranger. She especially loved her family dearly.

Funeral Services for Ms. Short are scheduled to be conducted from the Gordonsville Chapel of Bass Funeral Homes on Wednesday, August 30, 2017 at 1PM with Bro. Billy R. Smith officiating. Interment will follow in the McCrary Maggart Cemetery.

Visitation with the family will be held at the Gordonsville Chapel of Bass Funeral Homes on Tuesday from 2PM until 8PM and again on Wednesday from 10AM until the time of the service at 1PM.

The family requests memorials in Sue’s memory be made to the Smith County Humane Society.