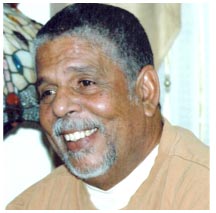 Mr. Earl Frank Hogan, also known as “Frankie” and “Snowball”, age 65, of Portland, TN, and a native of Smith County, TN, was born October 22, 1951 in Davidson County, TN, to Veleda Clay Hogan and the late Douglas Hogan. As darkness gave way to the sunset, Frank departed this life September 3, 2017 in Sumner County, TN.

Frank was a friendly and outgoing person, a little bashful at times, but he never met a stranger and could have a conversation with anyone. He was also a great sports fan and enjoyed all football games, no matter the channel.

He attended Smith County Schools then moved to Knoxville, TN, and graduated from Fulton High School in June of 1970. While in Knoxville, Frank attended church and was saved and baptized at an early age. He served his county in the U.S. Army. Then he began driving a truck (eighteen wheeler) for many years until retirement. Frank worked out of Portland in Sumner County and in Nashville driving a truck until this past August when he became ill.

Visitation with the family was held at the Gordonsville Chapel of Bass Funeral Homes on Saturday from 11AM until service time at 1PM.