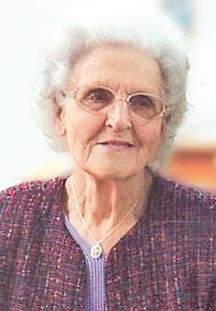 Sis. Juanita Hunt of the Hogans Creek Community, retired pastor of the Chestnut Mound Emmanuel Church of Christ, fell ill while attending a church conference assembly in Donelson. After telling her family she was going to her car to take insulin and not returning they found her in her car unresponsive and failing to respond to C.P.R.

Sis. Hunt dedicated her life to the Lord at the age of 15.

She was also preceded in death by a great-grandson Charlie James Vinson who died at birth on October 27, 2011.

She was united in marriage in Carthage on November 22, 1946 at the age of 17 by the late Justice of the Peace H. H. White to Charlie Elvis Hunt.

Sis. Hunt retired from the dietary department at Carthage Elementary School in 1977 and her pastorate at the church where she held her membership spanned twenty two years before her retiring March 26, 1998.