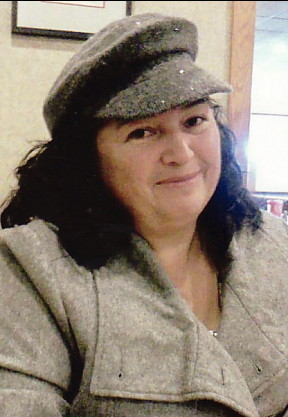 Mrs. Sonia Lopez, of Carthage died at 5:22 a.m. Thursday morning September 14, 2017 at the age of 51 following a three year battle with cancer. Death was at the Riverview Regional Medical Center E.R. in Carthage with her husband and daughters at her bedside.

Funeral services from the Carthage Chapel of Sanderson Funeral Home were conducted by her pastor Apostal Jose Rodriguez on Saturday afternoon September 16th at 5 p.m. Following the funeral services the family will witness the cremation at Cumberland Family Services in Algood and her cremains will be buried at Ridgewood Cemetery in Carthage with a private interment service for the family.

She was the daughter of the late Joaquin Camacho Tenorio and Juana Lopez Ortiz and was born Sonia Camacho Lopez in Ovilan, Mexico on April 5, 1966.

On March 14, 1985 she was united in marriage in Santa Cruz Tezontepec, Mexico to Jesus Cedillo Cedillo.

They relocated with their three daughters to the United States in 2002 and now make their home on Jefferson Avenue East in Carthage.

Mrs. Lopez, after relocating to Carthage, worked in housekeeping for Smith County Hardware in Carthage and for the Central Office at the Smith County Board of Education in South Carthage.

She was a member of Casa de Dios (House of God) on Dickerson Road in Nashville where her family attended faithfully.