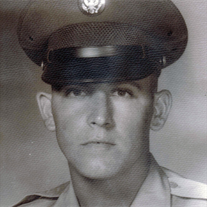 Mr. Donnie Bennett, age 71, of Gordonsville, TN, passed away Thursday, September 14, 2017 at his home with his family by his side.

Mr. Bennett was born July 7, 1946 in Brush Creek, TN, the son of the late Dossie Bennett and Bessie White Bennett. He was also preceded in death by Brother; Willie Bennett and Sister; Jewel Bennett Washer. Donnie married Katherine A. Wilkerson on September 1, 1973. He enlisted in the U.S. Army during his senior year of high school at GHS, and received his high school diploma while on active duty. Donnie received the Bronze Star for his service during the Vietnam War.

Mr. Bennett worked for the Smith County Highway Department for many years until his retirement in 2013. He began working there during Ralph Coble’s first year in office. He loved watching sports and spending time with his grandkids and loved ones. Donnie was saved as a kid at the Brush Creek United Methodist Church.

Funeral Services for Mr. Bennett were conducted from the Gordonsville Chapel of Bass Funeral Homes on Sunday, September 17, 2017 at 2PM with Bro. Shane Smith officiating. Interment followed in the Brush Creek Cemetery.

Visitation with the Bennett Family was held at the Gordonsville Chapel of Bass Funeral Homes on Saturday from 4PM until 8PM and again on Sunday from 10AM until the time of the service at 2PM.