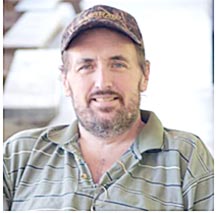 Scott was born January 26, 1969 in Lebanon, TN, the son of the late Jacky Boyd and Linda Gail Evans Boyd. Scott liked dirt track racing. He worked for several years as a mechanic and as a truck driver.

Funeral Services for Mr. Boyd are scheduled to be conducted from the Gordonsville Chapel of Bass Funeral Homes on Sunday, October 1, 2017 at 1PM with Bro. Ryan Rogers and Bro. Guy Buckner officiating. Interment will follow in the Gibbs Cemetery.

Visitation with the Boyd family will be held at the Gordonsville Chapel of Bass Funeral Homes on Saturday from 3PM until 8PM and again on Sunday after 10AM until the time of the service at 1PM.

In lieu of flowers, the Boyd family requests donations be made to assist with funeral expenses.