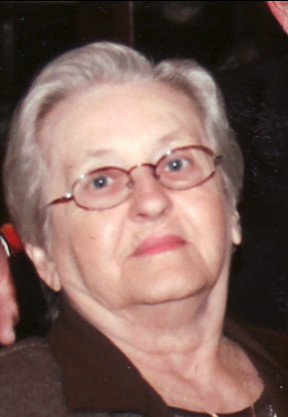 Mrs. Lucille Dixon of Carthage died at 12:15 a.m. Friday morning September 29, 2017 at her Horizon Circle home following a period of declining health. She was pronounced deceased at 1:31 a.m. at the age of 90 by Kindred Hospice who had been loving caring for her along with her family in her final days.

Her pastor, Bro. Jimmy Gregory, officiated at the 1 p.m. Sunday afternoon October 1st funeral services from the Carthage Chapel of Sanderson Funeral Home. Burial was between her husband and daughter in the Ridgewood Cemetery.

On December 26, 1944 in Ringgold, Georgia she was united in marriage to Jackson County native Jack Dennis Dixon who preceded her in death on September 12, 1990 at the age of 66 following almost forty six years of marriage.

They were preceded in death by a daughter, Connie Mai Dixon who died at the age of 14 on July 21, 1967 as the result of an automobile accident on Highway 70 five miles East of Lebanon. Three other Smith County teenagers, brothers Jimmy Wayne Hackett age 16, Barry Lee Hackett age 15 and Trudy Gayle Hiett age 14 also died in the accident when they were returning from a Lebanon movie when they were struck by a speeding driver who hit them head on over a hill. The two Hackett brothers of the Monoville Community, who were in the front seat and Trudy from the Halls Hill Community and Connie from the four Way Inn Community who were in the back seat, all died instantly along with two Lebanon teenagers who were in the other car.

Mrs. Dixon was a loving mother and for seventy two years from birth until moving to Carthage after the death of her husband lived on the same farm where she was born.

An accomplished seamstress she was a long time employee of both the former Carthage Shirt Corporation and the Key Hollow Corporation before retiring.

Mrs. Dixon was saved and baptized into the full fellowship of the Peyton Creek Baptist Church at an early age.

She was a 1944 graduate of Smith County High School.