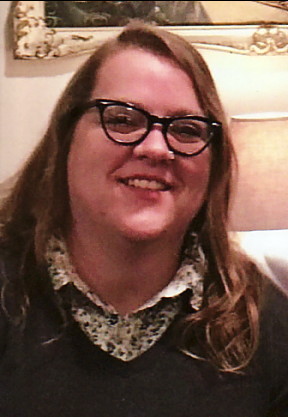 A gathering of family and friends will be at the Carthage Chapel of Sanderson Funeral Home to Celebrate the Life of Professor Dillehay at 6 p.m. in the evening on Thursday October 12th. A private interment for the family will be in the Dillehay family plots at the Defeated Creek Memorial Gardens.

The Dillehay family will receive friends at Sanderson in Carthage on Thursday October 12th from 3 p.m. until 6 p.m.

Born Samantha Kay Dillehay in Carthage on November 13, 1982, she was one of two daughters and two sons of Scotty and Debra Grisham Dillehay of the Defeated Creek Community.

She attended the Defeated Creek Elementary School and graduated from Smith County High School in 2001.

She went on to attended the University of Tennessee in Knoxville where she graduated in 2007 with a degree Bachelor of Arts.

She continued her education by attending the University of Oklahoma in Oklahoma City where she was awarded the Master of Fine Arts degree in 2011.

Her career in education began in 2012 in Ada at the East Central University where she was professor and a popular educator and the choice of students for her Mass Communications class teaching and communication skills.

While living in Defeated Creek she attended the Pleasant Shade Upper Cumberland Presbyterian Church with her family.

Surviving in addition to her parents is her Life Partner, Natalie May, a sister, Candice Dillehay Fields and husband Chris and their children Nathan and Emily of the Defeated Creek Community; two brothers, Jeremy Dillehay and wife Tiffany and their children Nicholas and Charlie of the Pleasant Shade Community, Dustin Dillehay and wife Jessica and their son Jackson of South Carthage, maternal grandmother, Betty Overstreet Grisham of the Elmwood Community; paternal grandmothers, Marion Sloan of Lebanon and Kasel Woodard Dillehay of Livingston.

Because of Professor Dillehay’s love for the arts and theatre the family has requested memorials be made to the Smith County Fine Arts Center.

A Celebration of her life has been scheduled at her beloved East Central University Center auditorium on Friday October 6th.