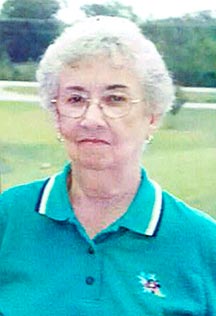 Ms. Scruggs was born in the Clubb Springs community of Smith County, the daughter of the late Robert Allen “Bob” Scruggs and Edna Elizabeth Bellar.  She was also preceded in death by a Brother; John Edward Scruggs and Sister; Doris Lee Haile. Ms. Scruggs was retired from Putnam Co. Schools after 40+ years.  She was a cook and cafeteria manager at the Buffalo Valley School and then moved to Upperman High School as cafeteria manager.  Ms. Scruggs was known as the woman who made peanut butter cookies and made sure that the children were well fed. She was a Baptist.

Funeral Services for Ms. Scruggs are scheduled to be conducted from the Gordonsville Chapel of Bass Funeral Homes on Tuesday, October 24, 2017 at 1PM with Elder Charles Allen Gentry officiating.  Interment will follow in the Gordonsville Cemetery.

Ms. Scruggs family will receive friends at the Gordonsville Chapel of Bass Funeral Homes on Monday from 4PM to 8PM and on Tuesday after 10AM until service time at 1PM.

Mrs. Scruggs family request memorial donations in her memory be made to St Jude.