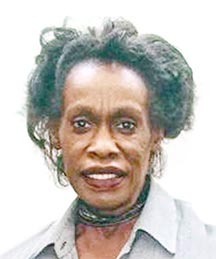 Brenda McKinley, 66, was discovered deceased at her Ward Avenue East home in Carthage, Wednesday (Oct. 25) afternoon. McKinley was a 37 year employee with the city, retiring in May of 2015.

McKinley’s father, James Earnest “Jim” McKinley, was a longtime Carthage City Councilman and served as vice mayor for a period. McKinley was a 1969 graduate of Smith County High School.