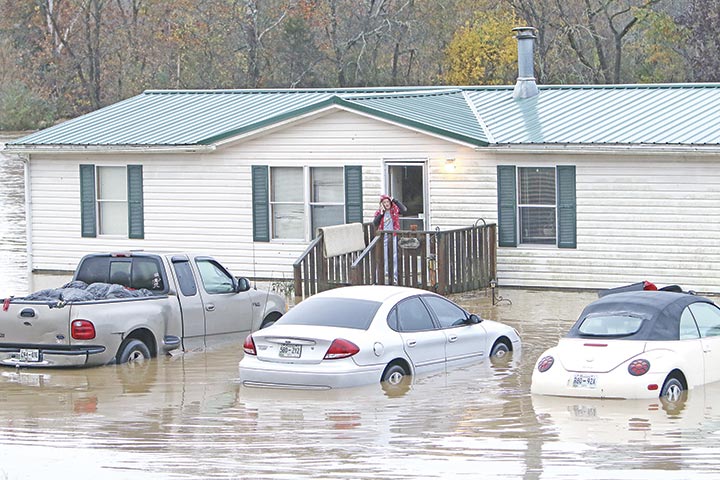 The county rescue squad’s zodiac boat and rescue squad members Richie Bausch and Dustin Huff were dispatched to neighboring DeKalb County where high water flooded some homes in Dowelltown. Locally, flooding was first reported along Round Lick Creek in the Grant community. Water surrounded several houses in the Round Lick subdivision located off S.P. McClanahan Road.

The sheep were on a farm located on S.P. McClanahan Road. Another problem area was Hickman Creek which spilled over its banks in some areas. Hickman Creek Road, between Hickman and Carthage Junction, was temporarily closed because of high water.