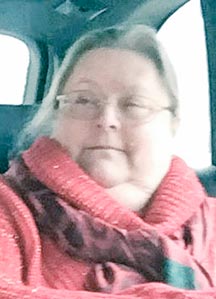 Joyce was born August 13, 1950 in Chestnut Mound, TN, the daughter of the late Finley D. Harville and Linnie Avo Shoemake. She married Leon Barnes on December 19, 1970. Mrs. Joyce liked to cook and spend time in her garden. She worked as dispatcher, bookkeeper, and office manager for Smith County Emergency Medical Services from January of 1992 until August of 2007.

Funeral Services for Mrs. Barnes are scheduled to be conducted from the Carthage Chapel of Bass Funeral Homes on Saturday, November 18, 2017 at 1PM. Interment will follow in the Dickens Cemetery in the Maggart Community.

Visitation with the Barnes family will be held at the Carthage Chapel of Bass Funeral Homes on Friday from 3PM until 7PM and again on Saturday from 11AM until the time of the service at 1PM.