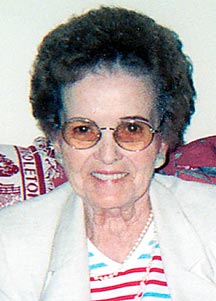 Longtime Kempville Community resident and now of Carthage, Mrs. Martha Brooks died on Friday evening November 24, 2017 at 9:45 p.m. at the Concordia Health and Rehabilitation Center in Carthage at the age of 86 where she had been a resident since only November 2nd.

Mrs. Brooks’ funeral services were conducted on Monday afternoon November 27th at 1 p.m. from the Defeated Creek Missionary Baptist Church. Eld. Lonnie Meador and Eld. Ronnie Harrison officiated at the services and burial was beside her husband in the Defeated Creek Memorial Gardens.

On February 13, 1948 she was united in marriage in Rossville, Georgia to Kempville Community native Julius B. Brooks who died at the age of 68 on December 23, 1995 following almost forty eight years of marriage.

She was saved as a teenager and was baptized into the full fellowship of the Defeated Creek Missionary Church in the Difficult Community where she remained a proud member until her death.