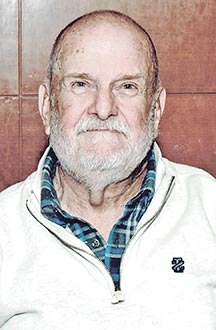 Mr. Sloan was born October 22, 1940 in Nashville, TN, the son of the late Lorenzo Martin Sloan and Helen Gardner Sloan. He married Dee Robertson on May 1, 1992. Mr. Sloan worked at Consolidated Pipe until his retirement.

Services for Mr. Sloan are scheduled to be conducted from the Carthage Chapel of Bass Funeral Homes on Tuesday, December 5, 2017 at 6PM with Bro. Jackie Dawson officiating.

Visitation with the Sloan family will be held at the Carthage Chapel of Bass Funeral Homes on Tuesday from 4PM until service time at 6PM.

In lieu of flowers, the Sloan Family requests donations be made to the Smith County Humane Society.