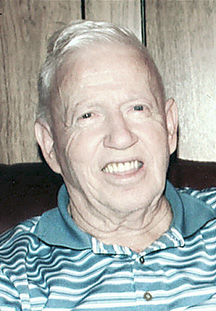 Mr. Joe Allen Marks of the Elmwood Community died at the age of 89 at 12:15 a.m. Friday morning December 1, 2017 at the Concordia (formerly Kindred) Nursing and Rehabilitation Center in Carthage where he had made his home since November 26, 2014. He was suffering from dementia and was under the care of Avalon Hospice of Cookeville.

Funeral services were conducted Sunday afternoon December 3rd from the

Carthage Chapel of Sanderson Funeral Home with Bro. Jimmy Gregory officiating. Burial following the 1 p.m. services was beside his wife in the Garden of Peace at Smith County Memorial Gardens.

His three sisters preceded him in death, Alberta Marks Stillson, Christine Marks Coggins and Kathleen Marks Mayo as did his only brother, Alfred Gore Marks.

Mr. Marks was a member of the New Salem Missionary Baptist Church at Elmwood.

He was a 1949 graduate of Smith County High School where he was a member of the Spanish and Latin Clubs.

While his uncle Albert Gore Sr. served in the United States Senate, Mr. Marks was employed in the Senate Post Office in Washington D.C.

He retired from Robertshaw Industries in Carthage.