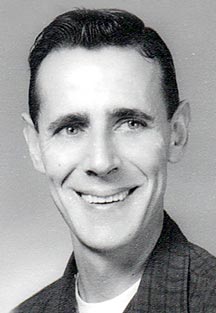 Mr. Robert Gentry of the Tanglewood Community died at the N. H. C. Place-Sumner Health Care in Gallatin following a battle with cancer. Death occurred at 3:10 p.m. Friday afternoon December 1, 2017 under the loving care of Highpoint Hospice in Gallatin. His three daughters were at his bedside. Mr. Gentry was 86.

His nephew, Bro. Jeff Burton, officiated at the 1 p.m. Monday afternoon December 4th funeral services from the Carthage Chapel of Sanderson Funeral Home and burial followed beside his wife in the Gene Butler Cemetery in the Brooks Bend Community. His granddaughter,

One of seven children, he was born Robert Lee Gentry in Gainesboro on August 4, 1931 and was the son of the late Aviret B. Gentry and Alva C. Hix Gentry.

On December 31, 1949 in Franklin, Kentucky he was united in marriage to Highland Community native, the former Reba Jean Cook. She preceded him in death on May 5, 2017 at the age of 82 following over sixty seven years of marriage.

He was a member of the Maggart United Methodist.