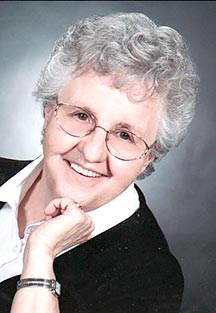 Mrs. Sandra “Sandy” Williams age 80 of the Defeated Creek Community died on Sunday morning December 3, 2017 at the Concordia Nursing and Rehabilitation Center in Carthage where she had been convalescing since October 4th.

Mrs. Williams was at the Carthage Chapel of Sanderson Funeral Home and was cremated at Cumberland Family Services in Algood.

Private memorial services for the family will be conducted at a later date.

She was a native of Armona in Kings County, California and was born Sandra Lee Stewart on April 13, 1937 the daughter of the late Elsworth Blaine Stewart and Edith May Wilson Stewart.

Mrs. Williams was divorced and widowed.

She was a graduate of Hanford High School in Hanford, California and received a Masters in Christian Counseling.

Mrs. Williams was in charge of public relations for Bantam Books for twenty years and for the next twenty six years before retirement served as Vice President of the Tulare County News Agency.

She was a non-denominational Christian and attended the Long Branch Community Church in DeKalb County.