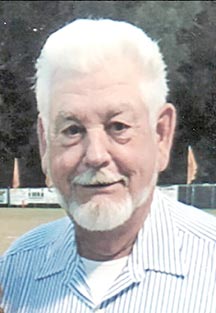 An Elmwood Community resident and Vietnam veteran, Mr. Sammy Rigsby, was pronounced dead at Riverview Regional Medical Center E. R. in Carthage at 10:24 a.m. Thursday morning December 7, 2017. He suffered an apparent heart attack while working with his equipment in the Turkey Creek Community. He was 71.

In Hartsville on August 3, 1974 he was united in marriage to Elmwood resident, the former Veachel Irene Brown. Mrs. Rigsby preceded him in death on February 15, 2007 at the age of 68.

Mr. Rigsby owned and operated the Sammy Rigsby’s Backhoe Service based out of his home. His father taught him how to operate a backhoe and Mr. Rigsby had done that type of work since the age of 16 except for his tenure of military service.

Mr. Rigsby proudly served our country with the United States Army during the Vietnam War and was inducted in Nashville on November 29, 1965 and was honorably discharged on November 13, 1967 in Oakland, California. His total overseas services was eleven months and twelve days.

For his meritorious service he was awarded the Vietnam Service Medal, National Defense Service Medal and Vietnam Campaign Medal with 3 devices, a Sharpshooter badge for the M-14 rifle and a Marksman badge.

For over thirty years Mr. Rigsby had attended the Full Gospel Tabernacle in Jesus Name in Lebanon.

He attended Smith County High School until the eleventh grade.