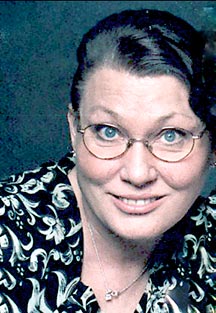 Mrs. Ruth Smith, a 63 year old homemaker of Carthage, died at 12:08 p.m. Friday afternoon December 15, 2017 at the Cookeville Regional Medical Center where she had been hospitalized since December 5th.

Mrs. Smith was cremated at Cumberland Family Services in Algood and memorial services will be announced for a later date in January.

One of thirteen children, she was born Ruth Ann Vermillion on July 9, 1954 in Greenfield in Weakley County, TN and was the daughter of the late Melborne Vermillion and Alma Johnson Vermillion.

She was preceded in death by a sister, Jewel McCartney and by three brothers, Jim, Bill, and Arleen Vermillion.

On June 28, 2001 at the home of Mr. Smith’s sister, Charlotte Smith Whitaker in Hendersonville, they were united in marriage by the late Bro. William Comstock.

Mrs. Smith was a 1972 graduate of Greenfield High School in Weakley County.