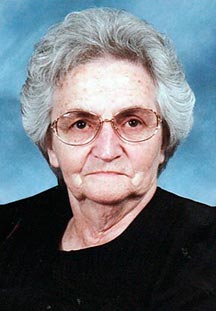 Mrs. Sarah Payne, age 84 of Brush Creek died at 12:15 p.m. Friday afternoon December 29, 2017 at the Tennova Health Care in Lebanon where she was admitted December 16th.

Her nephew, Bro. Shane Smith, officiated at the 11 a.m. Monday morning January 1st funeral services from the Carthage Chapel of Sanderson Funeral Home. Burial followed beside her husband in the Gordonsville Cemetery.

In Rossville, Georgia on April 7, 1951, she was united in marriage to Pea Ridge Community native Robert Lee “R. L.” Payne who preceded her in death following over sixty three years of marriage on April 15, 2014 at the age of 87.

The Payne’s were preceded in death by a step-grandson, Travis Shane Denton who died at the age of 40 on October 6, 2011.

Mrs. Payne was a longtime nurse technician at the former Carthage General Hospital.

She attended Gordonsville High School and was a member of the Riddleton Baptist Church.