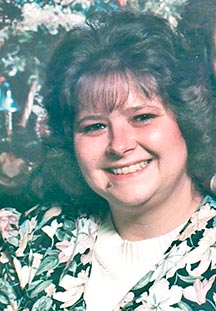 Mrs. Teresa McCormick, a homemaker of Carthage, was found deceased at 6 a.m. Tuesday morning January 2, 2017 at her Third Avenue East home in Carthage. She was pronounced dead at 8 a.m. at the Riverview Regional Medical Center in Carthage. Mrs. McCormick was 54.

Funeral services from the Carthage Chapel of Sanderson Funeral Home were conducted Saturday afternoon January 6th. Bro. David Thaxton officiated at the 1 p.m. services and burial was in the Pickett Hiett Cemetery in the Monoville Community near her grandparents, Anderson and Lucy Key, with who she lived while growing up.

The daughter of Bonnie Mai Key McCormick of Lebanon and the late James Lynn, she was born Teresa Ann Lynn on June 22, 1963 at the Jackson Memorial Hospital in Miami in Miama-Dade County, Florida.

Mrs. McCormick was preceded in death by a sister, Doris Shockley.

She was married in Bethpage in Sumner County on March 19, 1988 to Defeated Creek Community native Prentice Oakley “Pee Wee” McCormick.

She was previously employed at the former Turner’s Citgo in South Carthage.

Mrs. McCormick was a member of the Carthage Free Holiness Church.