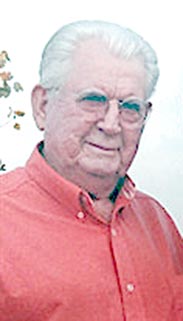 Mr. Willoughby was born October 11, 1929 in Ohio, the son of the late Lee and Ocia Jim Nixon Willoughby. He was also preceded in death by wife; Sue Corley Willoughby, on February 14, 2015, daughter; Wendy Willoughby and infant son; Billy Mitchell Willoughby. Mr. Willoughby was retired from Avco as a Material Handler and he was a farmer. He was a member of the Mt. Zion Baptist Church where he served as a deacon and he severed his country in the United States Army during the Korean Conflict.

Funeral Services for Mr. Willoughby are scheduled to be conducted on Saturday, January 13, 2018 at 2PM at the Chapel of Avant Funeral Home with military honors. Bro. Dan Mallette will officiate. Interment will follow in the Mt. Zion Cemetery. Visitation with the Willoughby family will be held at Avant Funeral Home on Friday from 2pm-8pm and Saturday from 11am until service time at 2pm.

In lieu of flowers the family has asked that donations be made to the Mt. Zion Cemetery Fund in memory of Mr. Willoughby.