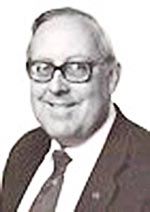 Mr. Eads was born in Atlanta, Georgia on April 22, 1945. He was the son of Ora Eads, Sr. and Ivaree Cochran Eads and was married to Eleanor Leegon Eads for 39 years.

Mr. Eads received his B.A., M.A. from Appalachian State University in Boone, North Carolina and his PHD from the University of Georgia. He was the owner, Broker, and Appraiser of Eads Investments Properties Inc. in Nashville. In recent years Mr. Eads and his wife created Eads Museum Inc. in Carthage, Tennessee. He was a member of the Optimist Club International, Orchid Society of Nashville, Nashville Philatelic Club, Historical Society of Carthage, Tennessee, McWhitersville Lodge #375 in Donelson and the Arts League of Nashville.

He was preceded in death by his parents, sister in law Freddie Sue Leegon, brother in law Robert W. Carter and nephew Alan Wade Carter.

Funeral services were held on Monday, January 15, 2018, at 11 o’clock in the morning at Mount Olivet Funeral Home in Nashville, Tennessee with Rev. Jane Boram officiating. Interment followed in the Historic Mount Olivet Cemetery.