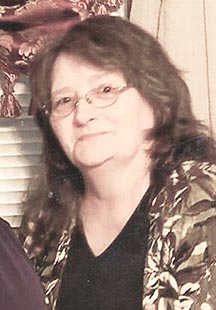 Mrs. Sue Poindexter age 65 of South Carthage died at the St. Thomas Hospital West in Nashville on January 17, 2018 at 4:03 p.m. She was admitted Sunday January 7th suffering from Hodgkin Lymphoma.

A Celebration of Sue’s Life was Sunday afternoon January 21st at 1 p.m. from the Carthage Chapel of Sanderson Funeral Home. A close family friend, Jerry Craighead, delivered the eulogy. Burial followed in the Garden of Everlasting Life at Smith County Memorial Gardens.

Mrs. Poindexter’s only brother, Gordon Thomas Silcox, preceded her in death on December 7, 2011 at the age of 60.

She was saved at an early age and was a member of the Carthage Free Holiness Church in Beulahland.

Mrs. Poindexter was a former sales Clerk at Bud’s Discount in Lebanon and retired in 2000.

The Poindexter family requests memorials to Haley’s Hearts. Haley’s Hearts is the Trousdale County equivalent of the Jordan Hackett Foundation in Smith County.