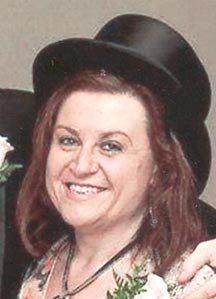 Born Denise Michelle Orange in Carthage on December 31, 1966 she was the daughter of Nancy Carol Nesbitt Orange Kittrell of the Tanglewood Community and her late step-father, Thomas Edward “Tom” Kittrell preceded her in death at the age of 88 on May 1, 2011.

On September 14, 1985 she was united in marriage at the Bide Russell Missionary Baptist Church in the Riddleton community to New Middleton native Van Robert Bryant. The ceremony was performed by Eld. William Johnson.

Mrs. Bryant was a 1985 graduate of Smith County High School where she was 6th in her class in scholastic achievements.

Mrs. Bryant was a rural letter carrier out of the Brush Creek Post Office and had been employed by the postal service since 2002.

She was a member of the National Rural Letter Carriers Association.

Surviving in addition to her mother and the father of her children is a daughter, Megan Bryant Malone and husband Dustin of the New Middleton Community; son, Van Bryant Jr. and wife Jessica of Nashville; brother, Jason Kittrell and wife Amber of Hendersonville; two grandchildren, Jaxon Malone and Savanna Malone; step-brother, Eddie Kittrell of Las Vegas,

The Bryant family requests memorials to the Grandchildren’s College Fund.