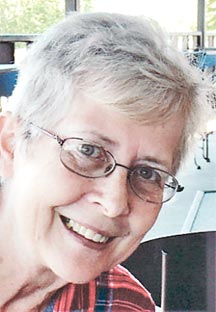 Mrs. Marsha Green Huffines, a lifelong resident of the Monoville Community, Sunday afternoon February 4, 2018 at 12:38 p.m. at their Pleasant Shade Highway home with her family at her bedside. The 67 year old was pronounced deceased at 2:10 p.m. by High Point Hospice who had been loving seening to her care. She died 12 days before her 68th birthday.

Mrs. Green had been gallantly battling cancer with which she was diagnosed April 9th of 2017.

Mrs. Huffines was at the Carthage Chapel of Sanderson Funeral Home where her funeral services were conducted on Wednesday afternoon February 7th. Her pastor, Bro. Jimmy Gregory, officiated at the 1 p.m. services and burial followed in Section two of the Ridgewood Cemetery in Carthage.

On August 30, 1978 in Hartsville she was united in marriage to Trousdale County native William Geary “Bill” Huffines. The ceremony was performed by the late Eld. Harold Dean Linville.

Mrs. Huffines was saved at the age of 12 and on August 6, 1962 she was baptized into the full fellowship of the Peyton Creek Baptist Church. She was gifted with a beautiful voice and sang in the church choir and as a soloist and sang at many funerals and weddings.

She was a 1968 graduate of Smith County High School where she was a majorette for three years and her last year served as head majorette. Her majors were business education and home economics and she was in the pep club and the junior play cast.

She was a former teacher’s aid at Carthage Elementary School and for the last eleven years of her career she was an assistant to Smith County Election coordinator Charlene Mofield Bass. Mrs. Huffines retired in December of 2010.