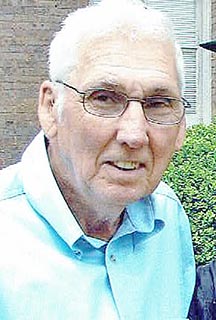 He married Louise Harris on August 5, 1961. Bobby was saved on July 27, 1963 in a grass lot near his home. He was a member of The Macedonia The Baptist Church in Clubb Springs where he was the song leader for many years and a deacon for 49 years.

He was a 1958 graduate of Gordonsville High School and retired from the Gordonsville Zinc Mine after 30 years of employment.

Visitation with the Glover family will be held at the Gordonsville Chapel of Bass Funeral Homes on Monday from 1PM until 8PM and again on Tuesday from 10AM until the time of the service at 1PM.

The Glover family requests memorials in Mr. Bobby’s memory be made to Katie Glover or to Macedonia The Baptist Church.