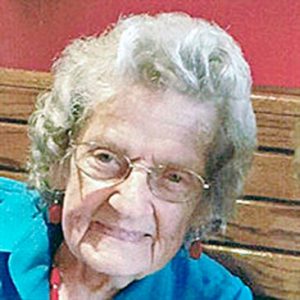 Mrs. Gracie Lee Henley was born June 11, 1926 to the late James Thomas and Sarah Neal Curtis and went to her heavenly home on February 18, 2018.

Although Gracie had no kids, she was loved dearly by her many nieces and nephews who also survive.

She was a member of the Lower Helton The Baptist Church. Mrs. Gracie worked at the Dowelltown Shirt Factory.

Funeral Services for Mrs. Henley are scheduled to be conducted from the Chapel of Avant Funeral Home on Wednesday, February 21, 2018 at 2PM with Bro. Dennis Wood and Bro. Freddie Curtis officiating. Interment will follow in the New Hope Cemetery.

Visitation with the family will be held at Avant Funeral Home on Tuesday from 3PM until 8PM and again on Wednesday from 11AM until the time of the service at 2PM.