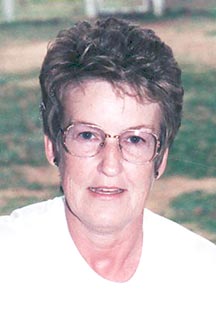 Mrs. Sue Wallace Thompson of Woodbury and a longtime resident of the Elmwood Community died at 3:05 p.m. Saturday afternoon February 17, 2018 at the NHC Healthcare in McMinnville. Mrs. Thompson was 71.

Funeral services from the Carthage Chapel of Sanderson Funeral Home were conducted Tuesday afternoon February 20th with Eld. Jerry Driver officiating. Burial following the 3 p.m. services was in the Thompson family lot in the Garden of Gethsemane at Smith County Memorial Gardens.

Mrs. Thompson was a 1964 graduate of Smith County High School where she majored in Home Economics and Business Education. She was also a member of the Black & Gold Staff, the Latin Club and played basketball her freshman and senior year.

In Ringgold, Georgia on May 15, 1965, she was united in marriage to Elmwood Community native William Gordon Thompson.

Mrs. Thompson was retired from the Cracker Barrel Corporate offices in Lebanon where she was a senior accountant and supervisor of accounting.

She was saved at an early age and was baptized into the full fellowship of the Bide Russell Missionary Baptist Church in the Riddleton Community.

Surviving in addition to her husband of almost fifty three years is their son, Randy Thompson and wife Kim and their sons Spencer and Sawyer all of Morrison; three sisters, twins, Edna Wallace Dickens of Dixon Springs. Faye Wallace Blackwell of Hartsville and Dean Wallace Marlin of Franklin, Kentucky; brother, Clyde Wallace and wife Ethel of Lebanon.

The family requests memorials to the Ivy Bluff Church of Christ, lunch with love program.